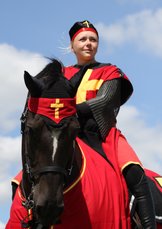 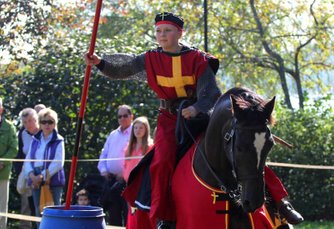 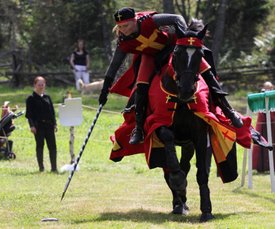 Motto: Non omne quod nitet aurum est (All is not gold that glitters)

This young knight has inherited his sense of law and order from his notorious father, who had a religious revelation at Dombron bridge and chose to lay down his weapons and join the monastery. Before that the father had accidentally spilled his seed in Ramborg, Wik castle. The result was a son. He took responsibility and educated the son in the church's name.

No one wants to face this knight on the battlefield. His impact is so great that it is feels like the wrath of God.