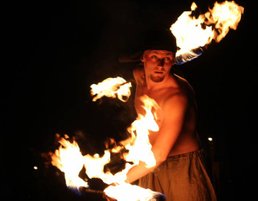 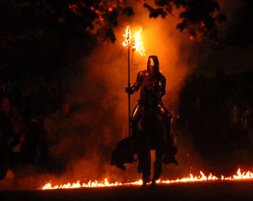 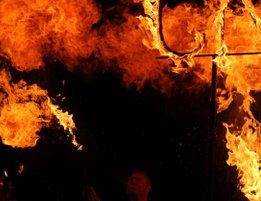 In the light of flaming torches and professional lighting the knights appear in this spectacularform of jousting. They pick flaming rings and pillows, and burning apples are slaughtered brutally. In addition, we can offer the audience something unique, jousting with burning lances in an arena surrounded by torches.As far as we know, we are alone in Sweden and in the world to offer this.

In addition to the knights, fire jesters appear  and amaze the audience with their tricks.

We can also offer melee on foot between two knights with flaming mace sand shields.

A fire show with Celeres Nordica is not something you easily forget!

Here is a shorter music video with some of our private film sequences from fire shows 2007-2010. 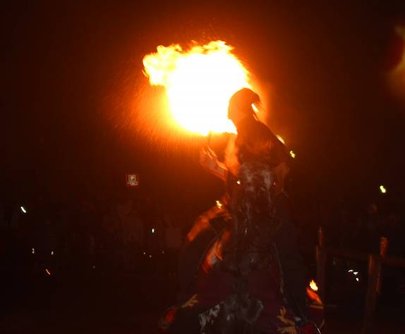 Fire breathing from a horse is one of all the stunts you can see us do in the fire show. 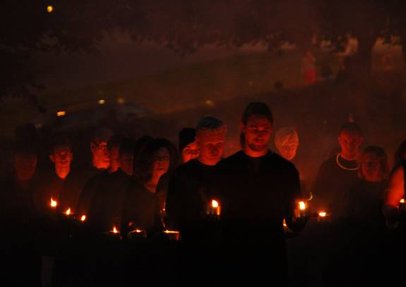 The fire show is a magical experience down to every detail, here the squires arrive in the arena. 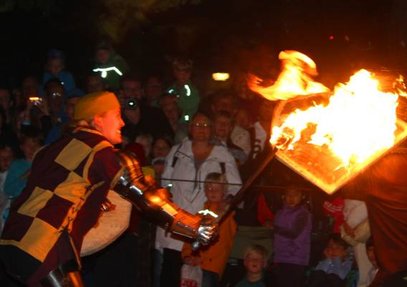 Fighting with burning weapons and shields is a dangerous but appreciated element in our fire show.