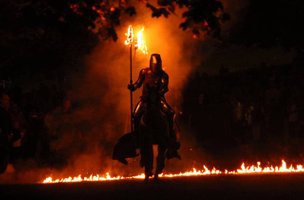 Celeres Nordica was founded in 1989 and has since entertained the audience in many different countries. The group has its headquarter in Uppsala, Sweden, but we participate in various events across the whole of Sweden and also abroad. Since 2005, Celeres Nordica has also put Sweden on the map of the world when it comes to international jousting competitions. As the only Swedish group we are members of the IJA (International Jousting Association) and IJL (International Jousting League). The knights of Celeres Nordica participate in various tournaments around the world each year with good results. In the troupe we have two  European Champions, Klas Lundberg who has won the championships three times and Gunnar Cederberg who has won it one time.

Since several of our knights have competed internationally, we can do shows that show the sport for real, not prearranged, thanks to our protective armor that is both safe and historically correct. For more information on what we can offer, see the show page.

Within the association we not only have knights but also jesters, sword fighters, squires and other people needed to build a jousting show.

We also have experience of working in front of the camera, we have for example participated in several music videos and also some small movies. 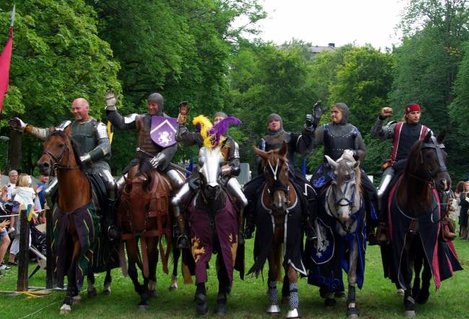 Scene from the making of the music video "En hjältes väg".